Phonecards were introduced into Australia in late 1989 when an engineering field trial was conducted in Geelong, Victoria by Telecom Australia, using cards supplied by Anritsu Corporation, a japanese based firm. Fifteen card and combined coin/card phones were located in caravan parks and other tourist locations so they would be exposed to a wide cross-section of public use.
Two sets of 3 cards each had been issued on the occasion, 3 Royal Life Saving Society cards and 3 Surf Life Saving Association. Both organisations depicted were active in the Geelong area, so this set is known as “Geelong Field Trial”. 50,000 copies of each card were printed, and 10,000 each were included into Limited Edition packs; later, 845 packs were destroyed when unsold. 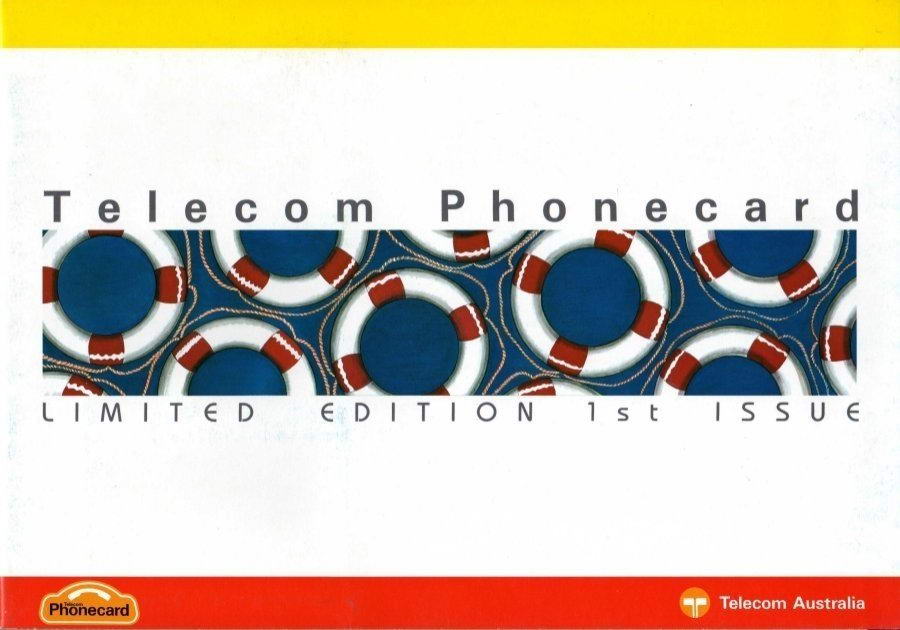 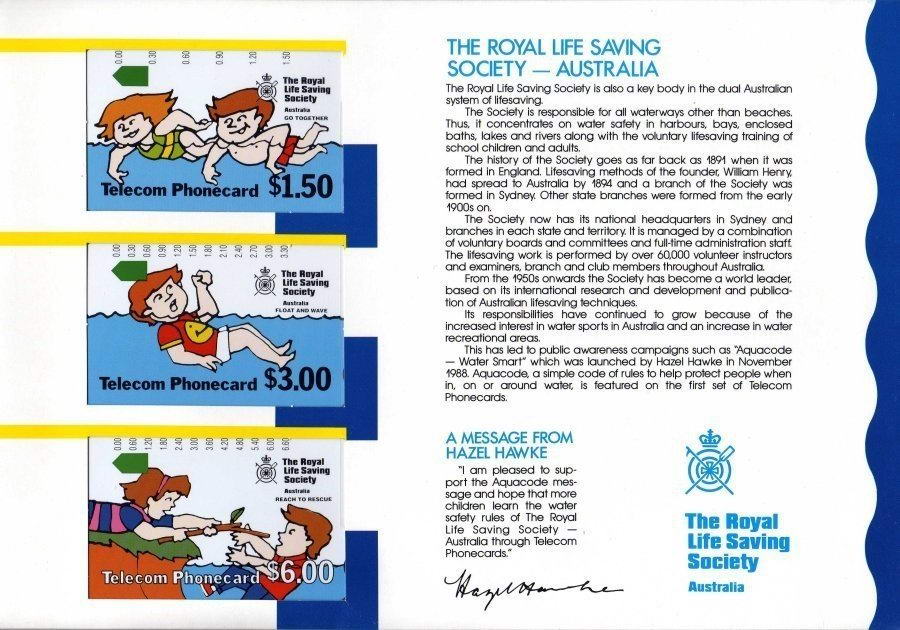 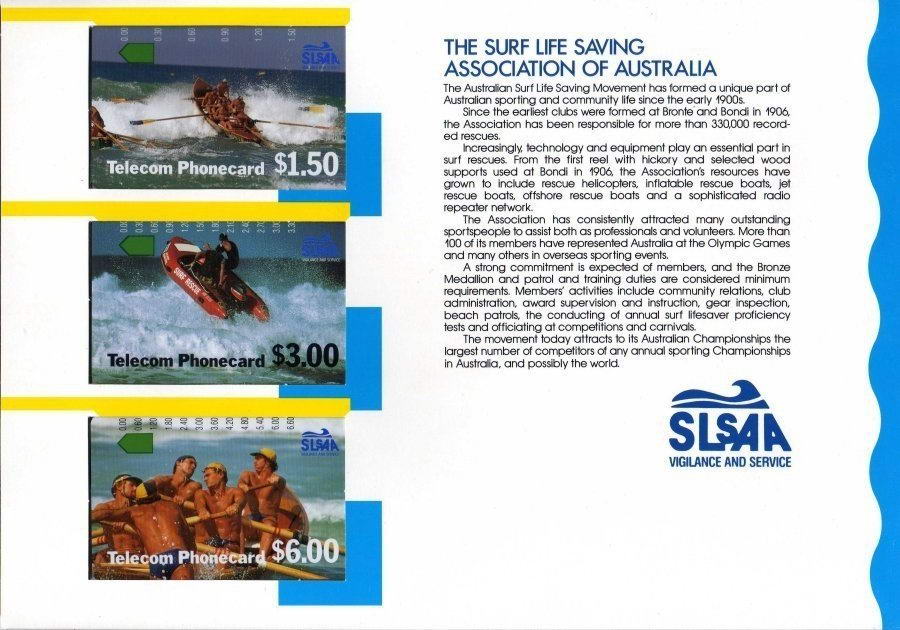