A remote memory card, with a face value of $ 100 (US dollars), was provided to the Peace Keeping Force troops stationed in the country following the independence proclaimed after the occupation by Indonesia. The satellite telephony service was provided by Cable & Wireless, and this was the first telephone card used in the former Portuguese colony. 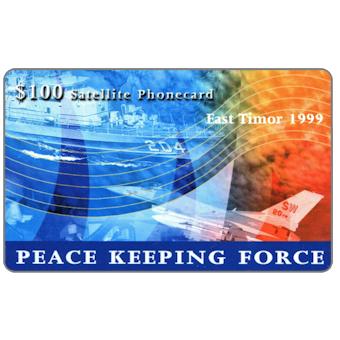