Egypt is actually using chip cards; previously magnetic cards supplied by Japanese Tamura and optical Landis & Gyr cards have been utilized, but up to 1991 the magstripe cards by Italian Urmet were in use.

The cards were of thin plastic-coated paper-board, and the first one, of which only 500 were printed, had a red arrow on it and it is now very rare indeed. Later on, the arrow became green and several similar definitives were issued. 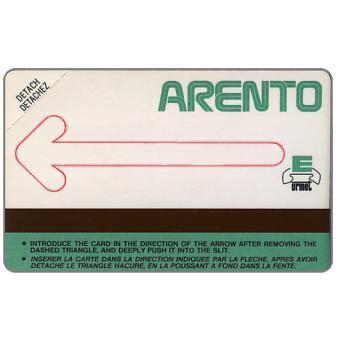