Before finally installing the public telephone system based on chip cards, France Telecom conducted in 1978 some trials based on magnetic cards provided by Landis & Gyr, and then installed, in 1980, a system provided by the same company but based on optoelectronic cards , which remained in use for a few years. The first public test of using a telephone card from a booth was carried out inside the Hotel Frantel Windsor in Paris. The test was short but for the occasion a card was produced that showed the logo of the Hotel, but no face value. 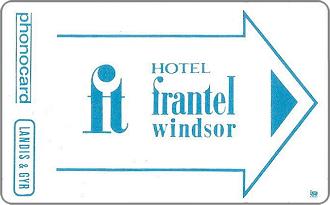