As can easily be seen from the logo on the various cards issued over the years, the Gibraltar Telephone Company is the GNC, born from the merger between the Government of Gibraltar and the American telecommunications company NYNEX, in May 1990. But on the first issued card, production Landis & Gyr, the GTD logo (Gibraltar Telephone Department) still appeared, since, even though it was marketed in September 1990, the order was prior to the formation of GNT. 9,600 cards were issued, with code 909A. 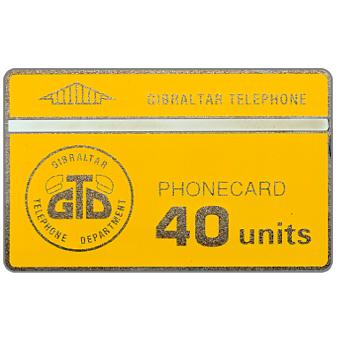