The Indian telephone company used two types of telephone cards, both supplied by the Indian company Aplab: the chipcard, which was in effect a disposable card and mounted chips made by Aplab itself or by other European companies, and Telecard, which was first tested in 1989 and was rechargeable, so it was reused several times. Special features of both types of cards were the thickness, about twice the size of a normal chip card, the detachable corner (like Urmet cards), and the fact that they were inserted into the phone from the long-side , like a Landis & Gyr. 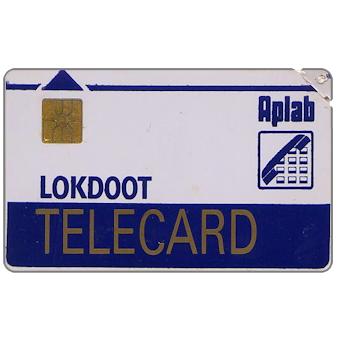