Chip cards have been used in Iraq since 2003, issued by ITPC (Iraq Telecommunications and Post Company). The first, with face value of 5,000 Iraqi dinars, was issued shortly before the fall of Saddam Hussein and it is not certain that it was ever really used. It depicts the Museum of Baghdad, which had been closed since the First Gulf War (1991) and was heavily looted after the American took over the city. 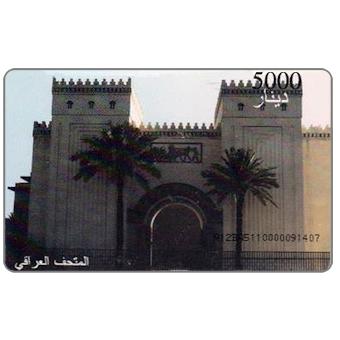