The Falkland Islands are an archipelago of the South Atlantic, overseas territory of the United Kingdom, which declares its sovereign since in 1833 it had built a naval base and in 1837 a colonial administration office. The islands are claimed by Argentina, which still considers them an integral part of its national territory. 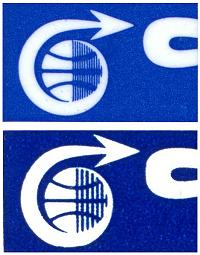 The first telephone cards that circulated were Autelca magnetic cards: it was 1985, and a series of three values was issued: 50, 100 and 200 units. Soon after, the values of 50 and 200 units were reprinted, but one particular distinguishes them: the logo of the Cable and Wireless, which in the first print had 11 vertical lines, then had only 7. The Autelca cards remained in use until  1993, then they were replaced by GPT magnetic cards; therefore, in 2000/2001, 4 chip cards were issued, and since 2002 only the remote memory system remained active. 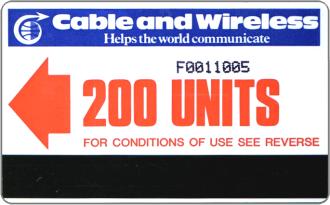