After testing different systems, such as Landis & Gyr, GPT, Alcatel, the magnetic card system proposed by Urmet was adopted, which was then used for several years, even if, after the first supplies of the Italian company, the cards were printed and coded in Poland under license.
The first issue was a series of four values, which had a circulation of just 5,000 each and all reported the same advertising of Turbana bananas.
With the same subject the following year was issued an additional card of 100 units, with a circulation of 15,000, but this is easily distinguished from the first issue for the scale of consumption shorter. 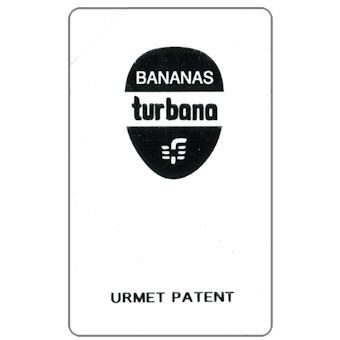