At the beginning of the 1990s, two telephone companies shared the market in Sri Lanka: Sri Lanka Telecom and Lanka Pay Phones. Both companies had their own phone cards: first the Lanka Pay Phones, which in 1992 issued the first card, a GPT magnetic one with a face value of 300 Rs. (Singalese Rupee) and 1SRLA code. The same image was used for subsequent reprints, which stand out however for the different code. The following year also Sri Lanka Telecom issued the first cards, provided by the Japanese Anritsu. 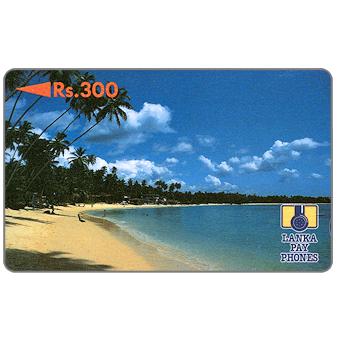