A public trial was conducted by Turkmentelekom, with the magnetic card phone system developed by Alcatel. For the occasion two cards were produced, a test of 50 units, and a public one of 10 units, representing the president Saparmurat Niyazov, then in charge, on the background of the national flag. The chip system was subsequently adopted. 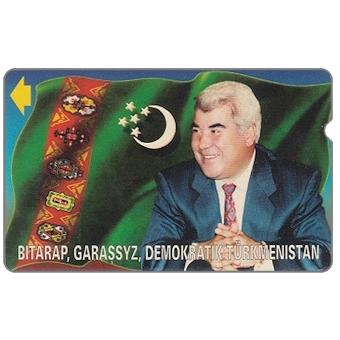