A chip card was issued by Netas in 1993 for Uzbekistan, but it was never used in the country. So, a GPT magnetic card with 3UZBA code is the first public issue of this ex-USSR country, independent since 1991. However, there are also cards with codes 1UZBA, 1UZBB, 2UZBA and 2UZBB: these are test cards used to test the telephone system , and for this reason the GPT had to then start the official numbering from the 3UZBA code. About 200 each were produced and they are very rare. 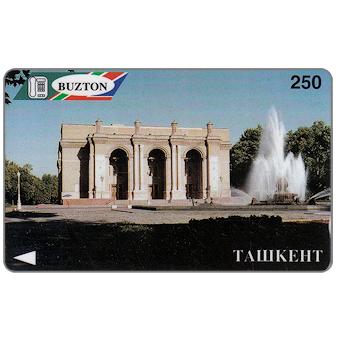