Zaire was the name of a sovereign state between 1971 and 1997 in Central Africa that is now known as the Democratic Republic of Congo. Telecel, Africa’s first cellular service provider, was founded in 1986 and quickly expanded into many countries, becoming the predominant cellular service in sub-Saharan Africa.

Not much is known about a thin magnetic phonecard, similar to japanese cards, that was issued in 1995. It was a plain white card with Telecel logo and it was overprinted with the value of 10 (units). Other cards of the same type were overprinted with different values, and later, the letter “U” was added after the value in digits. 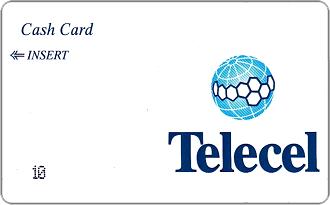