The Åland Islands is an archipelago province at the entrance to the Gulf of Bothnia in the Baltic Sea belonging to Finland. It is autonomous, demilitarised and is the only monolingually Swedish-speaking region in Finland. It is the smallest region of Finland, constituting 0.49% of its land area and 0.50% of its population.
The cards in circulation on the island were issued by the Finnish national company Tele, and the first two were magnetic cards produced by GPT, like those used in Finland at the time. These are two values: 30 Mk and 50 Mk, with a circulation of 25,000 each, 1,000 of which were included in a presentation pack sold as a souvenir to tourists. 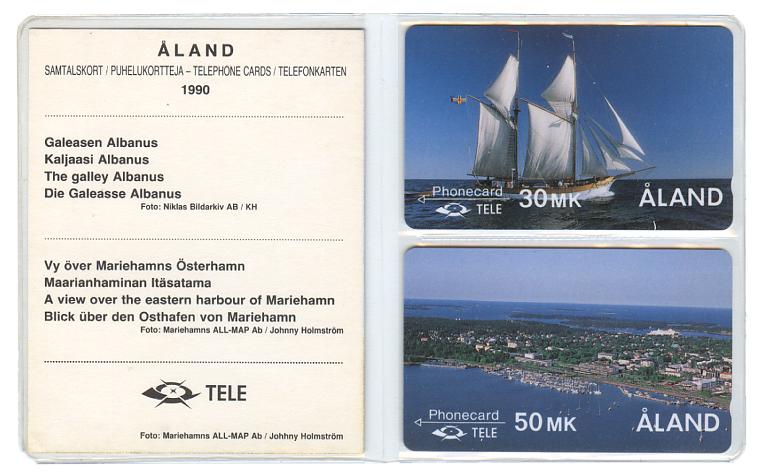